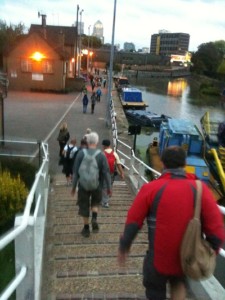 Lying on an insurance claim should not necessarily invalidate it, the Supreme Court has said, in a judgement likely to affect all household policies.

It said collateral lies – which are untrue, but do not affect the validity of the claim – can be acceptable.

The judges voted by four to one to change one of the important principles behind current insurance law.

The insurance industry called it a “blow for honest customers”, and warned that the price of policies could rise.

The precise case involved a Dutch cargo ship, which ran into difficulty after its engine room was flooded.

The owners deliberately lied, by saying the crew couldn’t investigate an alarm, because the ship was rolling in heavy seas.

In fact the accident was caused by bad weather, so the lie was irrelevant, the court ruled.

The judge in the original court case said the lie amounted to a “fraudulent device”, which invalidated the claim.