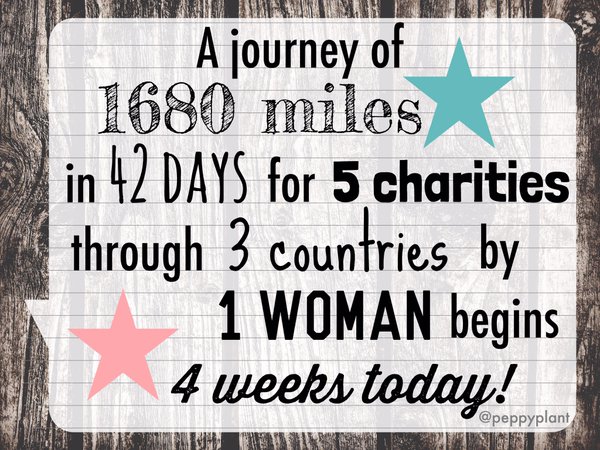 Anyone can run a half marathon or even a full marathon, but it take an extraordinary person to run 1,680 miles, the equivalent of 64 marathons. Yvis Johnson will be doing just that, running 1,680 miles, which she will start from Lands end to John O’Groats and back, in 42 days. If Yvis Johnson complete her epic run within the deadline she set herself, she will become the first woman to have achieved that feat.

Ms Johnson is hoping to use her record setting challenge, to raise £50,000 for five mental health charities: Bipolar UK, Mind, Scottish Association for Mental Health, Young Minds & Place2Be. Apart from the fundraising element of her run, she shares the positive message that having a mental illness can also mean displaying mental strength, and shows how to rediscover life after a mental illness diagnosis.

Land’s End to John O’Groats and back

St Weonards – Craven Arms
via
Callow
Hereford
Bush Bank
Mortimer Cross
Leintwardine
Ms Johnson will finish the 6th day of her run in St Weonards, Herefordshire. Setting off form same location on the 7th. She is looking for local businesses to sponsor this leg of her run. She is also looking for cyclist and drivers who can help relay her kit from one point to the next.  You can find out more information about how to help or sponsor her by visiting here website.