I have been meaning to write a blog post on the effective use of hashtags on twitter and other social media platforms for a while. I was galvanized into actually getting the blogpost written, when @MarchesHour was tagged in Cathie Wilson’s tweet announcing that #Herefordhour will be exploring the topic of hashtags on the 12/12.
You hardly see a post on any social media platform these days without the use of one or more hashtags. There are two ways to approach hashtags. The first is using it in your own post or tweet.
The second way to approach it is as a user, using hashtags to search for information on social media. Searching using a particular hashtag will help you narrow your searches down significantly.
Given that this blogpost is aimed mainly at newbies, perhaps defining or clarifying what a hashtag is might be a good place to start.

So, what are hashtags?
Until recently, the # character is just a squiggle banks and other organizations ask you to press on your telephone, when making telephone transactions. The # character was used even less on the computer keyboards, until the rise of social media sites.
A hashtag is succinctly defined by Wikipedia as

“a type of label or metadata tag used on social network and microblogging services which makes it easier for users to find messages with a specific theme or content.”

If you have not done so before, you should put the use of hashtag to the test now. Go to your twitter account, type in #MarchesHour. Twitter will return all the post in its database with the #MarchesHour hashtag. You can expand the experiment, substituting MarchesHour with other keywords such as running or swimming to see recent posts that use the #running or #swimming.
Which social media platforms support hashtags?
All major social media platforms including Twitter, Facebook, G+ and Instagram support hashtags. Hashtags are however most popular on Twitter and Instagram. Here is a brief exploration of the three main social media platforms where the use of hashtags can help your post have more impact:

Hashtags on Twitter:
Twitter was the pioneer of hashtags. It also remains the most popular platform for hashtag use. The introduction of hashtags to Twitter was credited to a developer called Chris Messina, who imported the use of hashtags, from IRC where is has been used for decades.
When using hashtags on twitter, you need to choose your hashtags carefully to ensure you tweet gets the maximum exposure. Most people automatically use the most popular hashtags, which is fine. The slight downside to the use of very popular hashtags is that millions of other people use them. Your tweet may catch the trend just for a brief moment, before it is buried under millions of others using the same hashtags.
Using hashtags that are less popular can give you better exposure. For example, one of my favourite hashtags when posting about Hereford is #HighTown.

Hashtags on Instagram:
Not being a huge Instagram user, I have very few personal examples of how to use hashtags effectively on Instagram. Prolific Instagram users say using hashtags on the platform helps your pictures to get more exposure. Apparently, when you use hashtags to search for information (pictures mostly) on Instagram, you get an eclectic collection of pictures, many of them unrelated to the hashtags you used for searching. 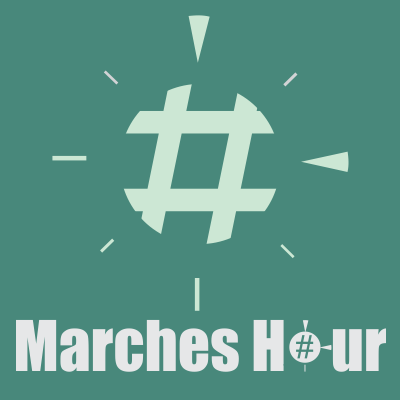 To get the maximum possible benefit from the use of hashtags, businesses in Herefordshire, Shropshire and other part of the Marches are encouraged to emulate big brand approaches to the use of hashtags, which has been proven to yield good results.
1. Brand hashtags: This is the name of your company or brand. It is suggested that you use this/these hashtag(s) in all you tweets about your brand. For example, if Herefordshire based brewer, Wye Valley Brewery are tweeting about my favorite Ale, Butty Bach. The use of hashtag in the post could go something like this: #WyeValleyBrewery pleased to announce @Temi_Odurinde has won a year’s supply of #ButtyBach. The use of hashtag in both company and brand name will promote brand recall.
2. Campaign hashtags:
These are hashtags created especially for an occasion or a promotion. National Lottery created a few hashtags promoting the fact that they made significant funding contributions to Team GB’s Olympics team.
3. Trending hashtags:
These are hashtags that are trending at a particular time or a particular day. On a well-attended day at #MarchesHour or #HerefordHour, those hashtags usually trend in the West Midlands area for a while.
4. Content Hashtags: These are “opportunistic” hashtags you can use in your post to attach to a particular content within the post, for example if you are tweeting about a product or a service, you can use a hashtag people discussing the same topic have been using. An example would be including the #android when tweeting about an android device.

A quick guide to using hashtags in a post

If you use hashtags sparingly and correctly in your post, the time invested in your social media marketing will give you a very good return on your investment. In addition to using hashtags in your regular tweets or posts, you can ‘piggy back’ on a trending topic by identifying a trending topic and creating contents that take advantage of that topic or topics.

Here are moretips to help you get the most out of hashtags:
1. Avoid using more than 2 hashtags in a content.
2. Always use hashtags that are relevant to the content of your tweet or post.
3. Adjust your hashtags to suit the social media platform you are posting to.
4. Avoid using long hashtags.
5. Don’t succumb to the temptation of adding hashtags to every word on a post.
6. Do not include spaces or punctuations in hashtags, it renders the hashtags useless.