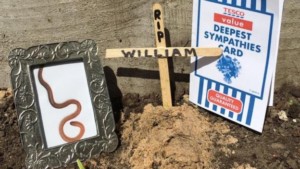 Social Media trainers like Jon Tromans specialise in training businesses and organisations to use social media correctly, especially, how to respond to customer’s feedback and criticism on social media.
A creative member of Tesco social media team, perhaps trained by a guru like Jon Tromans responded to a customer’s tongue-in-cheek complain about finding a dead worm in his cucumber with a matching tongue-in-cheek response. The post exchange between the two men has gone viral on social media and made it into regular media too.
This viral social media marketing even, which probably gave Tesco hundreds of thousands of pound worth of media exposure was reported on BBC website as follows:

When Wes Metcalfe bought a cucumber from a Tesco shop in Dinnington, Sheffield, he did not expect it to come with a dead worm.
So put off was he by the creature wedged inside the packaging, that he turned to Facebook to let Tesco know why it would be a while before he tucked into another cucumber sandwich again.
Tesco’s comical comeback and Mr Metcalfe’s response to it have gone viral. It started on Saturday, when he posted: “Dear Tesco, yesterday I purchased one of your fine cucumbers to make my favourite dish – a cucumber sandwich.

“Upon opening my cucumber, I discovered a worm inside the wrapping.
“I thought – at last, finally Tesco have come up with something to beat Aldi’s free-spider-with-bananas offer.
“I excitedly shouted the kids downstairs to come and meet our new pet.
“We decided to name him William.
“Our new pet appeared to be very unresponsive, we just put it down to him being sleepy and decided to give him some time to come round.
“Twenty-four hours later and William still hasn’t moved – on closer inspection he seems quite flat (again, see picture) and I think he may be dead.
“Well… I’m no vet, but I think the tight shrink wrap on the cucumber may have squashed and killed William.
“I know Aldi’s banana spiders were deadly, but at least they had some life in them.
“I now have three very upset children, a worm funeral to plan and to top it all off I’ve totally lost my taste for cucumber sandwiches, which as everyone knows are a favourite at any wake.
“So come on Tesco, wiggle your way out of this one.”

You can read Tesco’s response and the rest of the story here: http://www.bbc.co.uk/news/uk-england-37014050